Aside from supporting artists and music clubs with its sponsorship and grant programmes, Initiative Musik also organises its own events and awards. This includes the annual awarding of the Venue Programming Prize APPLAUS. Deutscher Jazzpreis aims to highlight and support the diversity and creative power of the German jazz scene. The prize will be awarded for the first time in June 2021. We also organise music conferences and participate in international events such as the creative trade show South by Southwest in Austin, Texas.

From the Venue Programming Prize to Music Industry Summits

Our events including the “Agenda Musikwirtschaft” and “Plan!Pop” regularly bring together political representatives and artists and club music programmers. Along with having an open ear for the needs of the music industry, we also offer them a stage for presenting new and innovative music. 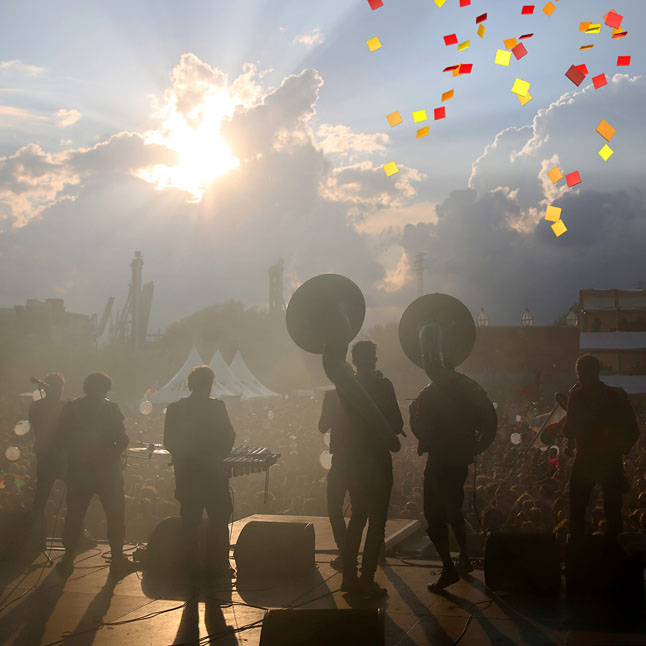 Jazz from Germany is globally respected and more than ever at the cutting edge of our time: its performers live and convey cultural diversity on stage and in teaching, in cultural management as well as in record production. In order to honour this power of innovation in all its facets, Prof. Monika Grütters, the Federal Government Commissioner for Culture and the Media (BKM), has initiated the Deutscher Jazzpreis. The prize will be awarded for the first time in June 2021.

The music prize “APPLAUS – Award for Programming in Independent Venues” is awarded annually to club operators and promoters for their exception live music programming. The programming prize offers financial support and also creates more public awareness about the needs of the programmers and their concert offerings.

At the music industry summit “Agenda Musikwirtschaft” (Music Industry Agenda), the most important associations of the music industry meet for discussions with leading politicians. This industry meeting is the ideal platform for music business representatives to make their demands to political decision-makers so that the German music market remains creative and competitive.

At Plan!Pop, the conference put together by Initiative Musik, music promoters from all across Germany get together to discuss music. The central concern is to highlight and develop the status quo of support structures for promoting popular music throughout the federal states.

GERMAN HAUS at SXSW welcomes guests from around the world. Coordinated by Initiative Musik, the focus is on innovations and companies from the German interactives and music scenes. The joint programme from Germany – with panels, pitches, keynote talks and networking events – is supported by numerous partnering companies.