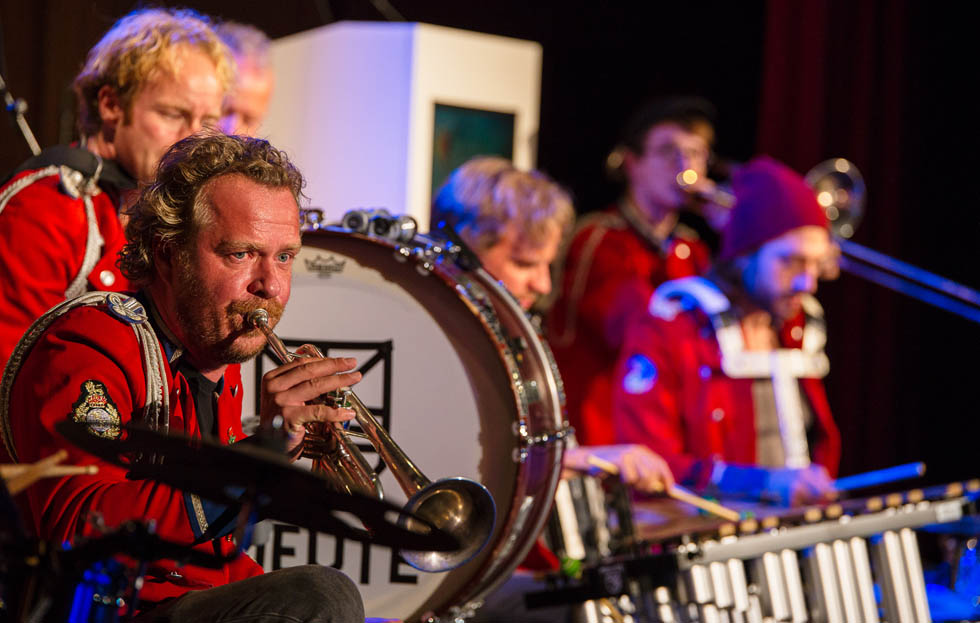 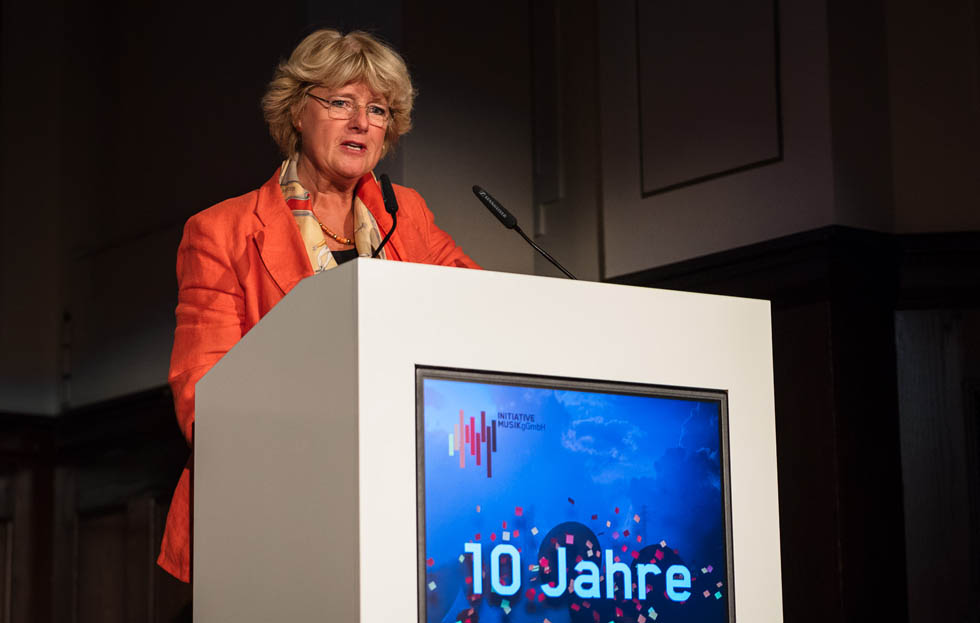 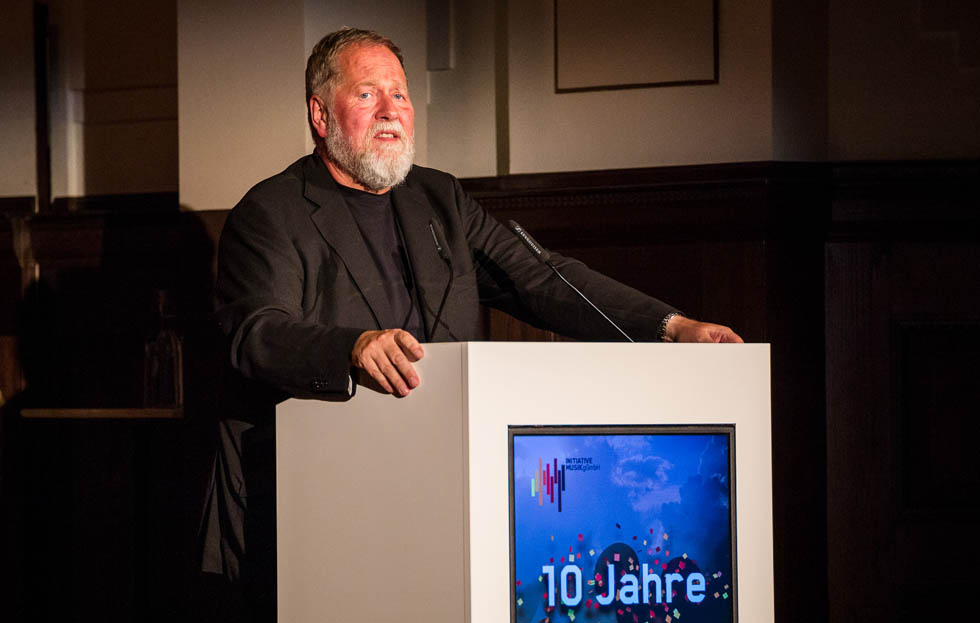 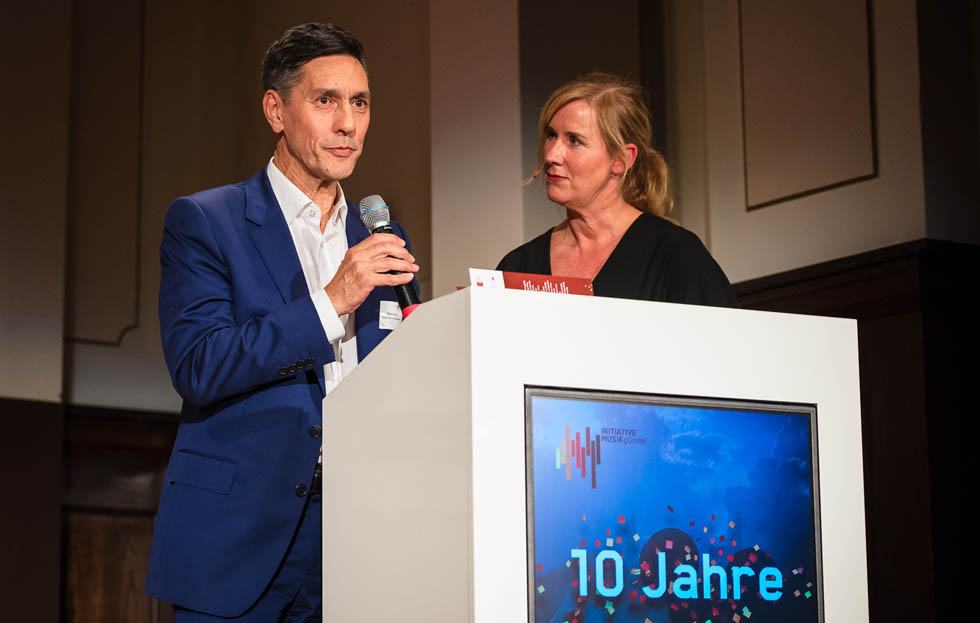 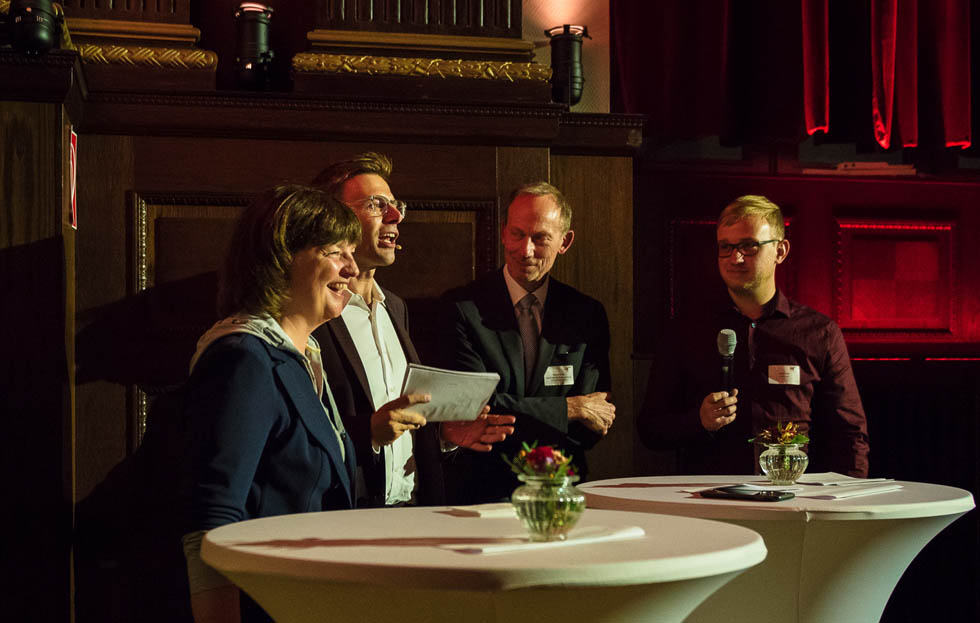 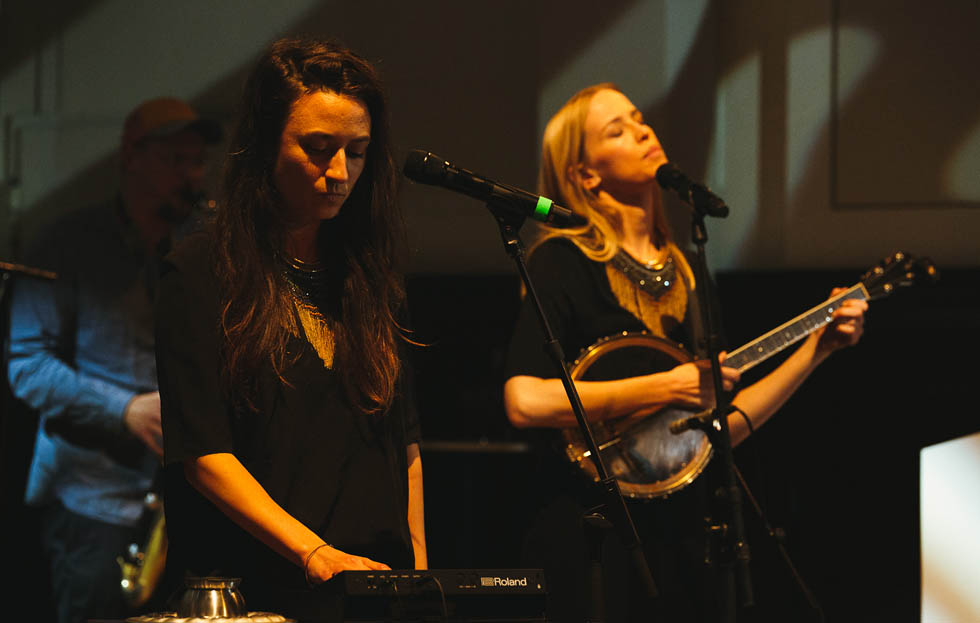 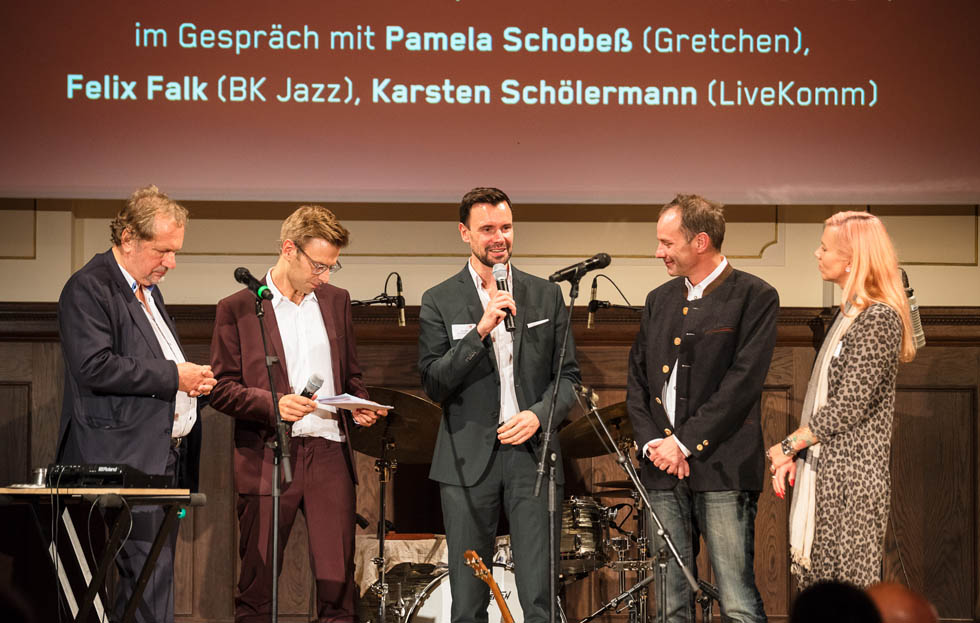 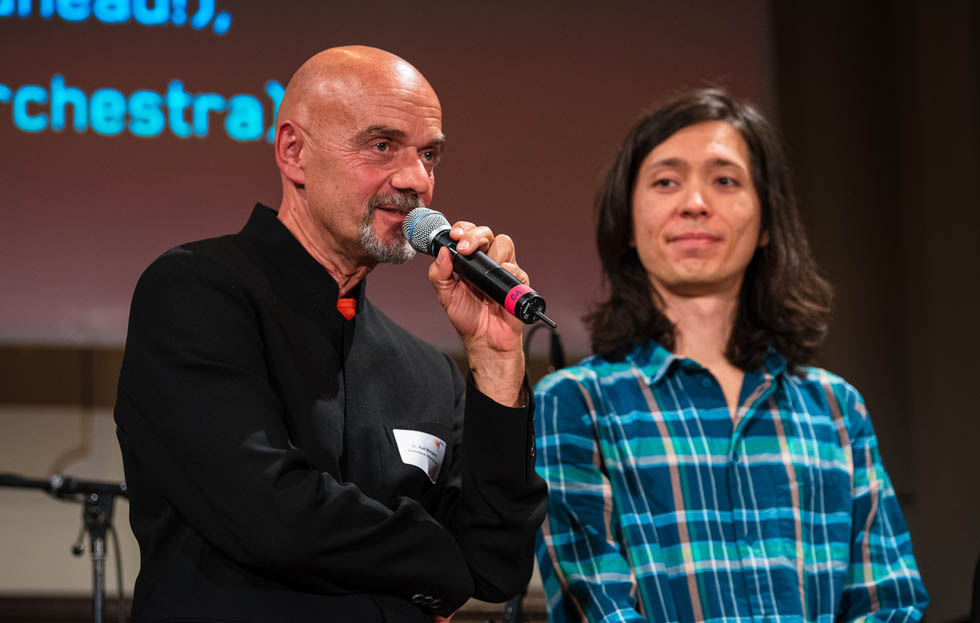 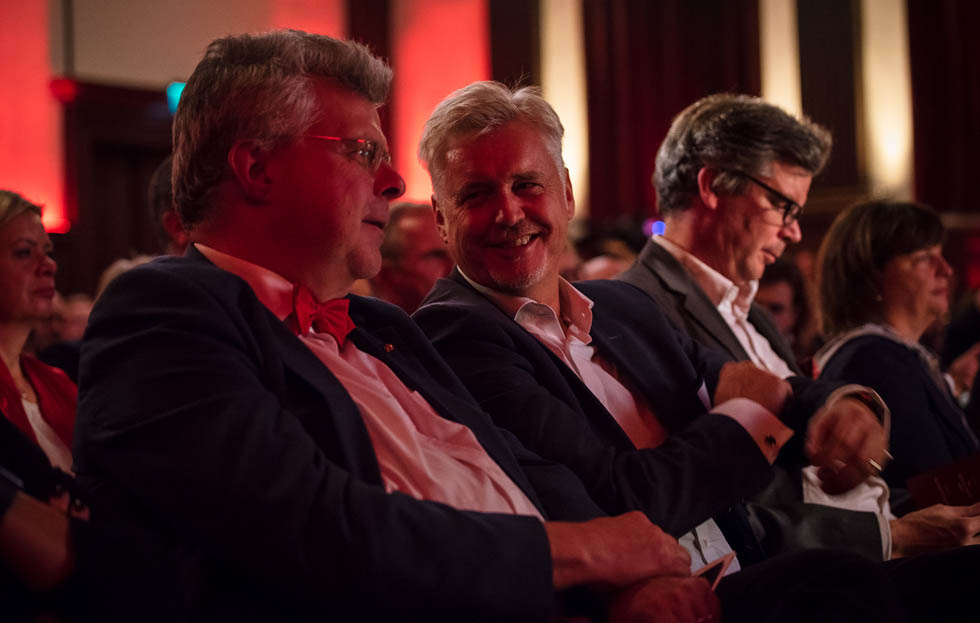 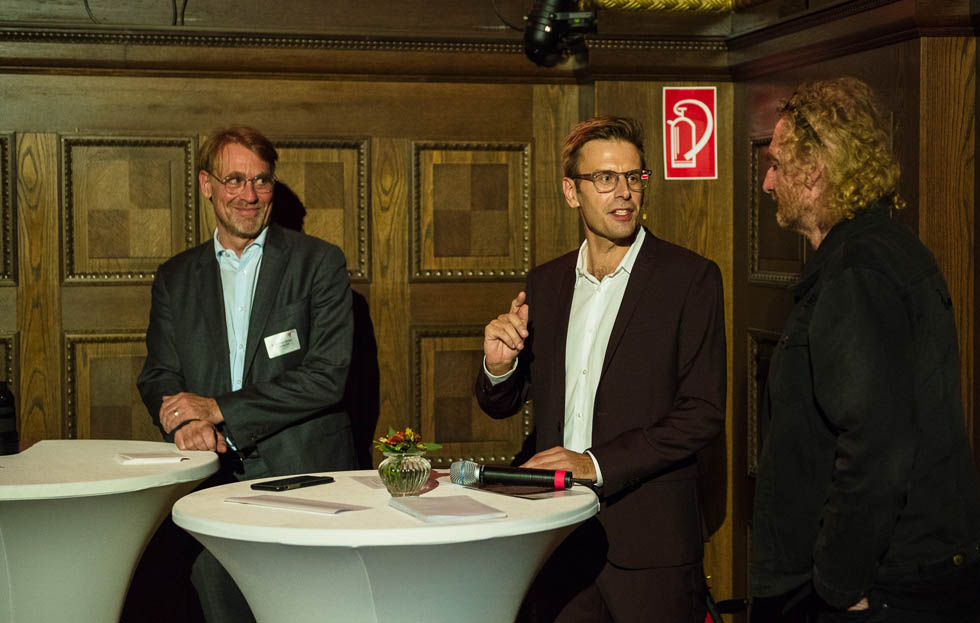 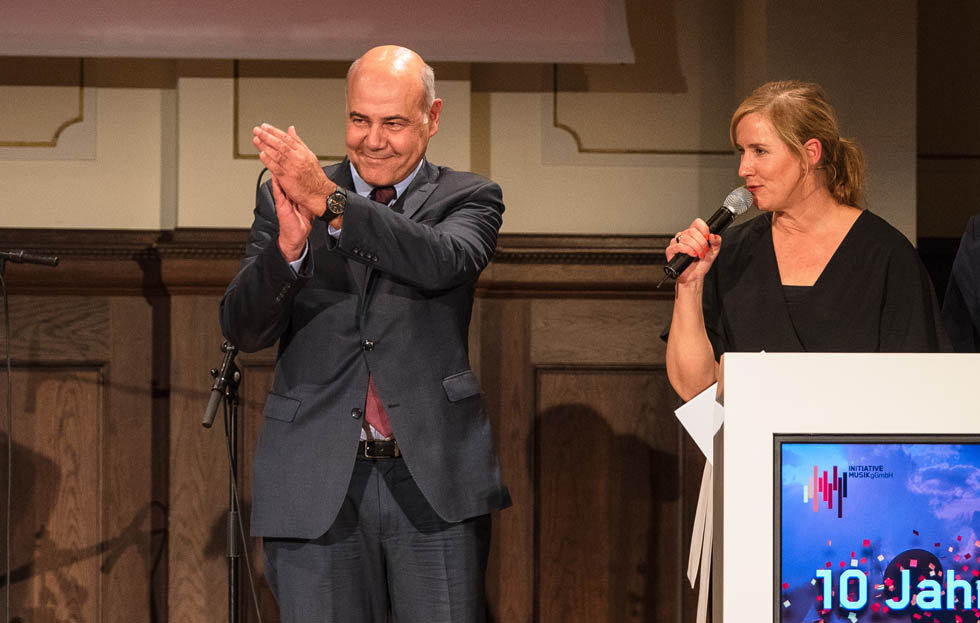 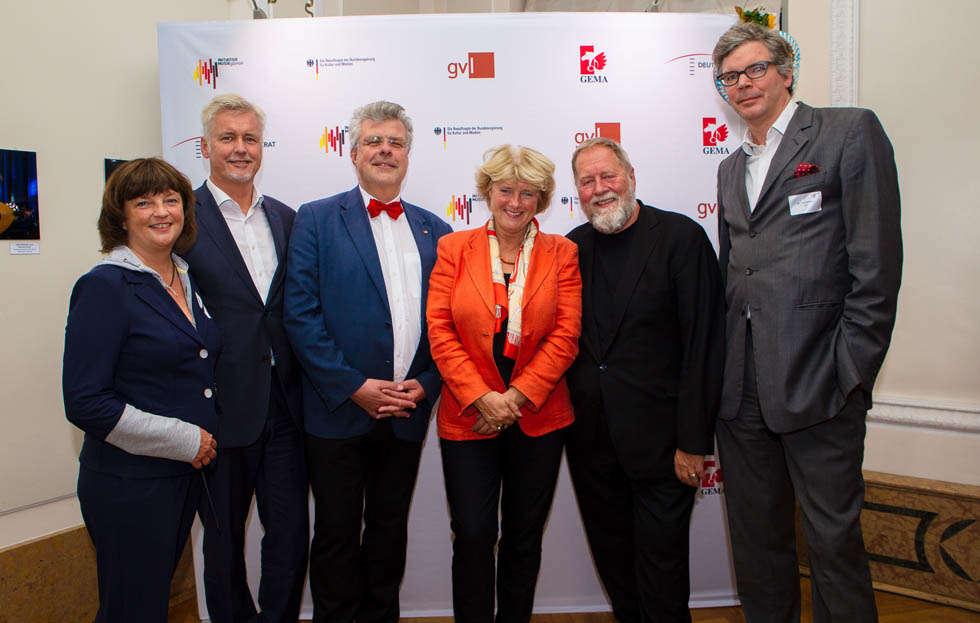 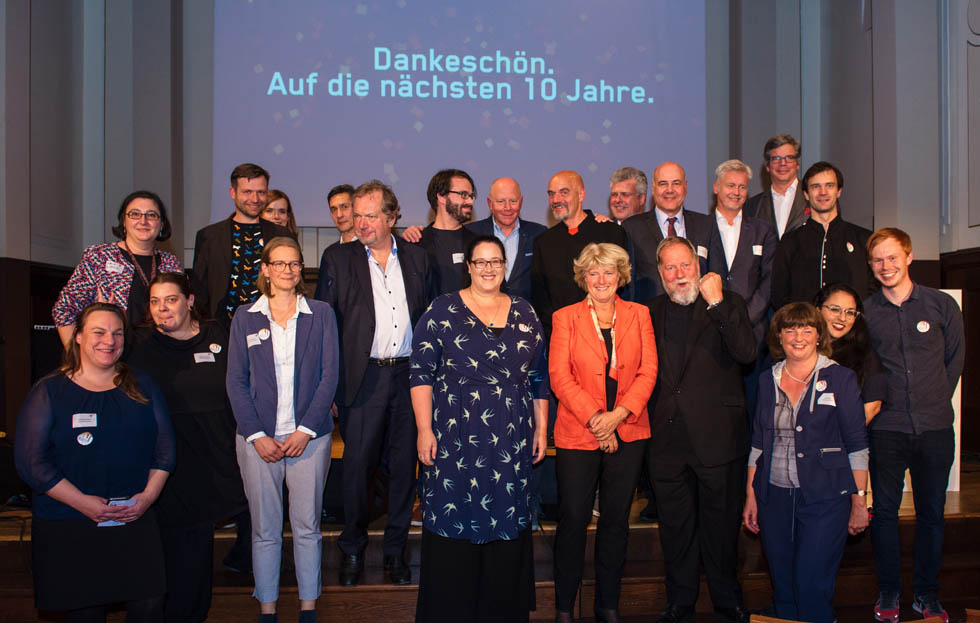 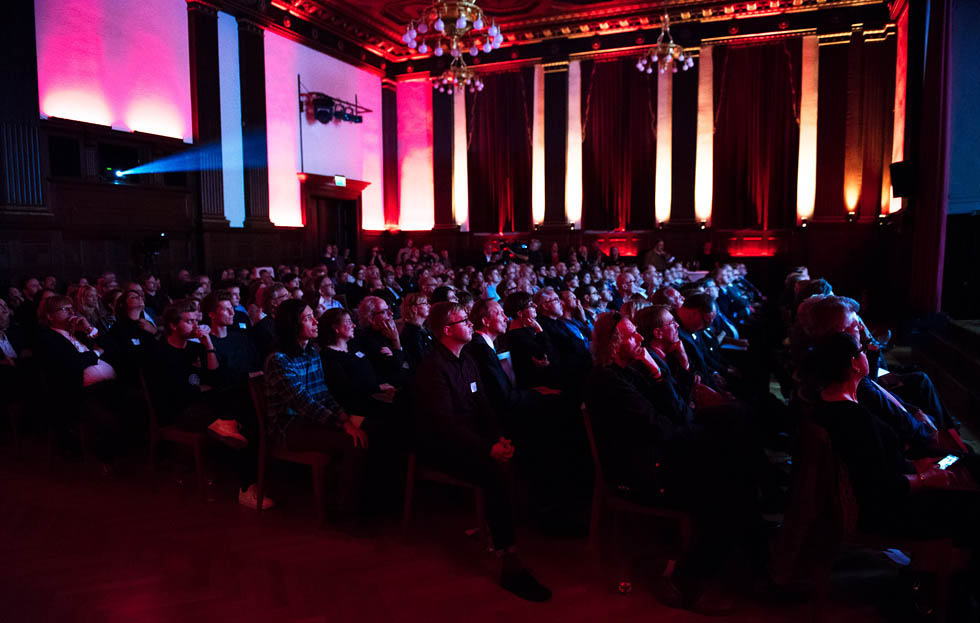 Initiative Musik celebrated its tenth anniversary on 15 October 2018 with a gala in the historic Meistersaal in Berlin. Since 2008, we’ve successfully been supporting professional artists and music clubs in Germany as well as the framework conditions for the areas of rock, pop and jazz music. “10 Years Initiative Musik” – with 2,950 grants and sponsorships across Germany so far totalling 31.6 million euros.

At the anniversary event we welcomed more than three hundred guests from politics, the media and the music industry in the completely packed Meistersaal. Minister of State for Culture and the Media Prof. Monika Grütters opened the stage show with a speech. Initiative Musik’s Supervisory Board Chair Prof. Dieter Gorny next provided an outlook on the future challenges for Initiative Musik as a platform for promotion and dialogue.

This was then followed by a sort of look back across the past decade with various roundtable discussions from members of the Supervisory Board, supporters, shareholders, artists and other long-term associates. The discussion partners presented the various mainstays of Initiative Musik and provided a recap of the history of the origins of the music promotion and export office:

Performance by the artists and bands Meute, Delhia France & Robot Koch plus Yellow Bird rounded off the stage programme between the discussions rounds – all the performers have benefitted from Initiative Musik sponsorships, allowing them to bolster their careers.

A press conference for media representatives took place on the morning of the gala event with the following speakers:

Fifteen media representatives attended the press conference, including reporters from ZDF, Deutsche Welle, Musikwoche and Rolling Stone. There were 86 reports about “10 Years Initiative Musik” in a wide variety of media, including Deutsche Welle, which broadcast two TV features, and Deutschlandfunk Kultur with a radio interview in its daily culture report “Tonart”.

A promotional film was produced as part of “10 Years Initiative Musik” and was made possible by a grant from GEMA.

The “Initiative Musik Backstage” podcast and a digital jukebox offer new opportunities for Initiative Musik’s public relations work. The more than three thousand projects supported – especially the artists and music clubs – can be experienced on the jukebox in a new way. This documentation of such projects has been integrated into the newly relaunched Initiative Musik website. 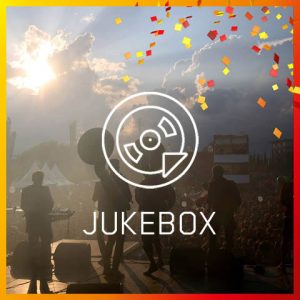 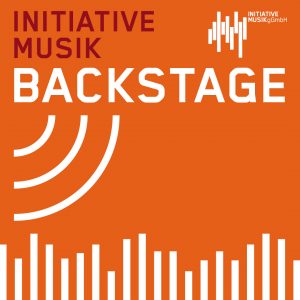 The partnerships and backgrounds of the support and promotion programmes can be communicated in an informative manner in the new “Initiative Musik Backstage” podcast. It also offers intriguing views onto the German music industry – as an important component of Germany’s cultural and creative economy. The episodes are available through the new website and also on audio portals including Spotify, Apple Podcasts and Deezer.